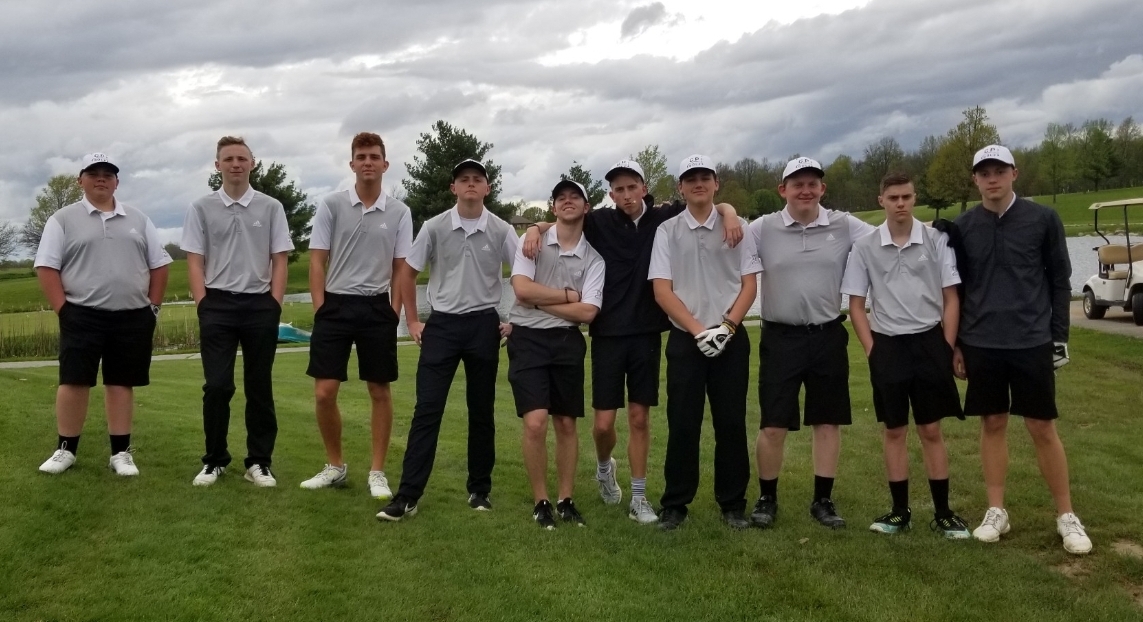 Played at Deer Track on the back 9. The weather was in the 70’s, cloudy and winds were out of the SW at 15 mph. The team was led by Junior Grant McGraw with a 45, Sophomore Wes Whitlock shot a Personal Best 49, Junior Evan Huelskamp had a 51 and Senior Reid Justus finished with a 53.
The JV Team won 253 – 263. Senior Brock Fingerle shot a 62, Sophomore Evan Marty and Freshman Garrett McGraw both had 63’s, Junior Blake Richardson and Freshman Drew Blacker each finished with 65.

No Events This Week

Events are added by athletic staff.
View All Events